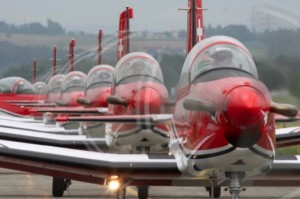 The PC-7 Team is one of the Swiss Air Force’s two aerobatic teams, the other being the Patrouille Suisse with its F-5E Tiger IIs. It flies, as its name suggests, the Swiss-built Pilatus PC-7 Turbotrainer, a single-turboprop basic trainer used by the air force for pilot selection and training purposes. The version operated is designated as the NCPC-7, having undergone a major cockpit upgrade in 2008-09. A nine-ship formation is mounted, all the pilots practicing for and performing the team’s displays in their spare time – in their ‘day jobs’, they are front-line F/A-18 Hornet fighter pilots from the Swiss Air Force’s three squadrons operating the type. Leading for 2015 is Capt Martin Vetter.

The PC-7 Team is renowned for its exceptionally smooth, elegant and precise performances which are now enhanced by the use of smoke systems. On its last visit to the Air Tattoo two years ago, the team was awarded the King Hussein Memorial Sword for best overall flying demonstration.
Sources Cited: The Royal Air Force Charitable Trust Enterprises. Feature Photo Credit: FORTIS Swiss Watches 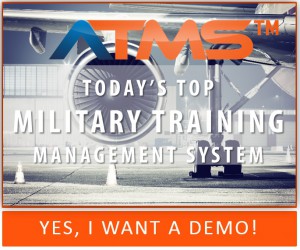