PITI, Guam – The U.S. Department of Transportation’s Maritime Administration announced the completion of the Guam Commercial Port Improvement Project. The $50 million project, administered by the Maritime Administration (MARAD) on behalf of the Department of Defense (DOD), has transformed Guam’s strategic commercial sea port into a world-class facility ready to meet the demands of the future.

“As Guam’s only commercial port, these facilities are key to unlocking a more prosperous future for the people of the territory – and the whole of the Western Pacific Region,” said U.S. Transportation Secretary Anthony Foxx.

“This port will establish Guam as the preeminent regional hub for waterborne commerce, transit and defense,” said Maritime Administrator Paul ‘Chip’ Jaenichen. “That’s why I’m especially proud that the Maritime Administration played a role in making this happen.”

The Port of Guam, originally constructed in the 1950s by the U.S. Navy, and transferred to the government of Guam in the 1960s, has remained largely unchanged since construction. Since the Port is a vital asset to the economy of Guam and to the national security of the United States, modernization was needed to improve facilities and relieve port congestion.

“I want to thank our federal and local partners who made this project a success,” said Governor Calvo. “We are committed to ensuring we offer the best for our people. The new facilities opened today will help us deliver on this commitment. As the first major upgrade the Port has seen in years, this project’s completion ensures we are ready to move forward and signals the start of a new era for the island of Guam.”

Completed on time and under budget, the upgraded port now has 4.6 acres added to its container yard, providing the facility with an increased capacity for stacking and storing ship containers.   The port also has an improved gate area, which will increase the efficiency and speed of cargo moving through the port. In addition, the port break bulk yard has been expanded by 10 acres, which will allow greater capacity of cargo. Infrastructure improvements completed on the Electrical Load Center at the port will now provide access to electricity in the event of a power outage.

“I congratulate the leadership of MARAD and our local Port of Guam officials for working together closely to complete the expansion of the Port of Guam on schedule and under budget,” said Congresswoman Bordallo.  “The Port of Guam plays a critical role supporting the realignment of military forces on Guam, but also in the lives of all Guam residents. The project to modernize and expand our port facilities allows for greater throughput will have an impact on all residents of Guam and provide greater economic opportunity for the island.  This is further evidence to the people of Guam that the military realignment continues to move forward in a way that is beneficial to our civilian population.  The partnership between MARAD and the Port of Guam was enabled by legislation that I included in the National Defense Authorization Act for Fiscal Year 2009.  I believe these types of federal to local partnerships are a great way to address some of our nation’s most pressing infrastructure issues and I hope that this partnership will continue into the future as the Port of Guam looks to address other modernization requirements.”

Port of Guam Improvement Enterprise Program was created to provide for the planning, design, and construction of projects for the Port of Guam to increase capacity, relieve port congestion, and provide greater access to port facilities. Under the program, MARAD provides federal oversight and coordination of the port upgrades funded by Federal and non-Federal entities.  The FY 2010 Supplemental Appropriations Act authorized DOD to provide $50 million to finance the port improvements. 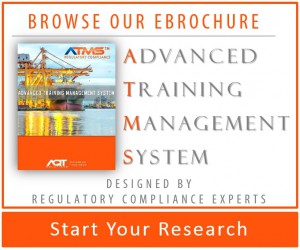