As a marketer for a software company, it was a no-brainer to choose the first computer programmer, Augusta “Ada” Byron to recognize and honor on International National Women’s Day today. Ada was born on December 10, 1815 in London, England, and died there as well on November 27, 1852 at 36 years old. She is a hero light years ahead of her time for many reasons primarily for her sharp intellect and inventive thinking on how humans would interact with computers as powerful collaboration tools. She was the countess of Lovelace and married to first Earl of Lovelace. She was an English mathematician and writer, known for her work on Charles Babbage’s mechanical general-purpose computer, the Analytical Engine (shown below). the first design for a general-purpose computer that could be described in modern terms as Turing-complete containing a system of data manipulation-rules a system of data-manipulation rules. In the words of this Managed IT Services Chicago, the logical structure of the Analytical Engine was essentially the same as that which has dominated computer design in the electronic era. Augusta was the first to recognise that the machine had applications beyond pure calculation, and created the first algorithm intended to be carried out by such a machine. As a result, she is often regarded as the first to recognise the full potential of a “computing machine” and the first computer programmer. 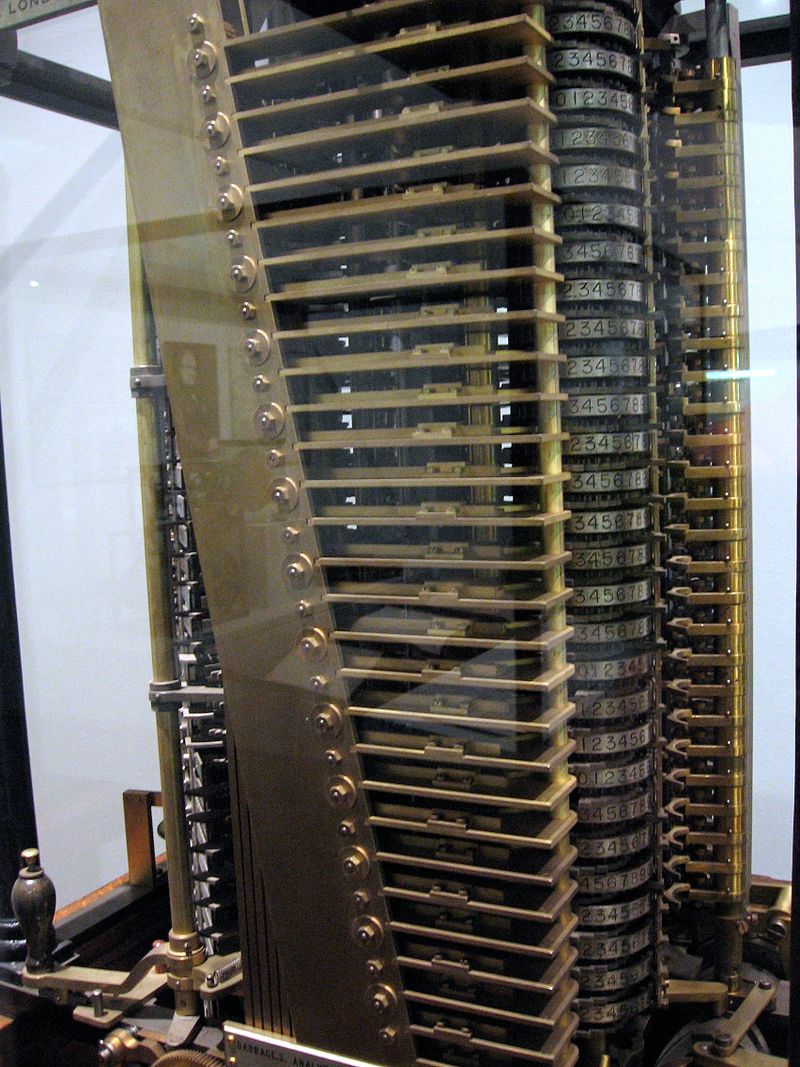 Ada Lovelace was the only legitimate child of the famous Romantic Period poet George, Lord Byron, and his wife Anne Isabella Milbanke (“Annabella”), Lady Wentworth. Byron’s other children were born out of wedlock to other women. Byron separated from his wife one month after Ada was born and left England forever four months later, and later died when Ada was eight. Perhaps scornful towards her father, Ada’s mother promoted her interest in mathematics and science to help prevent her from taking after the creative and eccentric traits of her father, but Ada remained interested in him despite this and insisted on being buried next to him when she died. Ada was a sickly child and spent much of her childhood sick. She married William King in 1835 who was made Earl of Lovelace in 1838 and became Countess of Lovelace.

Ada’s educational pursuits put her social circles with scientists such as Andrew Crosse, Sir David Brewster, Charles Wheatstone, Michael Faraday and the author Charles Dickens, which helped her to further her education. Ada was known to describe her approach to education as poetical science describing herself as an Analyst & Metaphysician. 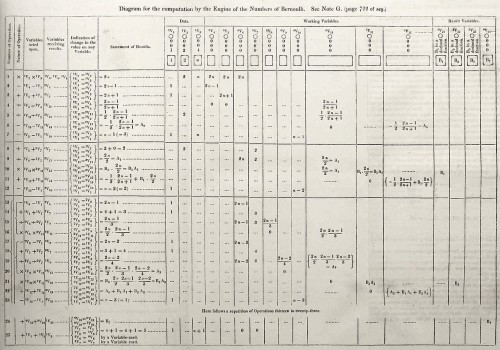 When Ada was a teenager, her mathematical talents led her to a long working relationship and friendship with fellow British mathematician Charles Babbage, the father of computers, and exposed her to his work on the Analytical Engine. Lovelace first met him in June 1833, through their mutual friend, and her private tutor, Mary Somerville. Between 1842 and 1843, Ada translated an article by Italian military engineer Luigi Menabrea on the engine, which she supplemented with an elaborate set of notes she called Notes which contain what many consider to be the first computer program—an algorithm designed to be processed by a machine. Lovelace’s notes are very important in the history of computing. She also developed a vision of the capability of computers that were more than mere calculating or number-crunching, while many others, including Babbage himself, focused only on those capabilities. Her mindset of “poetical science” led her to ask questions about the Analytical Engine analyzed how individuals and society relate to technology as a collaborative tool.