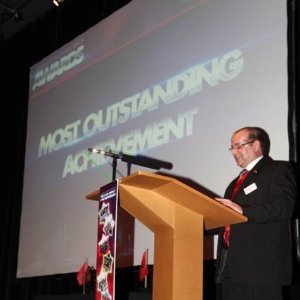 Is the Offshore Industry Prepared for the Current Turbulent Times?

Of course I am referring to a well known motto by the admirable Baden – Powell. However, is the Offshore Industry prepared for the current turbulent times in current affairs?

We are facing a major threat to our safety, our assets and most importantly, our lives.

The so called Islamic State of Iraq and al-Sham (ISIS), which everyone knows calls itself the Islamic State, is a threat of greatest concern and particularly for us working in the offshore oil and gas industry. Are we prepared to do the right thing at the right moment? No, I do not believe we are.

Unquestionably there is a need to approach this terrorist threat with a stronger value set on counteracting the risk. Within the offshore oil and gas industry we certainly need further security preparedness and added policies/procedures for suitable action.

For example vessels such as ERRVs where one of the fundamental duties is to monitor the safety zone, warn approaching vessels and the installations protection of the risk of collision and prevent it where possible. This is of great consequence and every company and/or “duty holders” with offshore assets need to agree on further countermeasures that can be adopted throughout the industry to prevent potential collisions by terrorist activities.

Sure enough we have a system of security for ship and port facilities ISPS code (International Ship and Port Facilities Security Code) that came into force 1 July 2004 by the IMO. Where the principal objective of the IMO, was to encourage the adoption of the emergency response and security guidance for duty holders throughout the maritime industry.

The ISPS Code is Not the Answer

Undeniably this is a good system and has alerted security units throughout the World when seagoing vessels, installations and ports have been under security threats. However the ISPS code is not the answer to this threat, unless further guidelines are adopted. What we would like to know is, “has the preparation for potential terrorist threats by seagoing vessels colliding into platforms been addressed?”

During a televised speech U.S. President Barack Obama described ISIS as “a terrorist organization, pure and simple” and he also made clear that his plan was to “degrade and ultimately destroy” ISIS.

From what is happening in Syria right now, and the number of people, including asylum seekers, crossing the Mediterranean in to Europe, is NATO actually succeeding in containing potential terrorists? Whether a strategy of “offensive containment” works, we don’t know.

Combining limited military tactics and a broad diplomatic strategy to halt ISIS’ expansion is a very challenging task. How can we isolate ISIS and degrade its capabilities? Unfortunately they have already reached our shores.

I am sure everyone doesn’t want to be left with saying the following expressions: “Could have: Would have: Should have”

We Need to Act Now

Terrorist activities such as the tactics of colliding into an offshore installation are very realistic. It is a sobering fact that military naval patrol for an instant response to a potential terrorist attack needs addressing.

Vessels on the frontline protecting offshore installations need further procedures and policies to “monitor the safety zone, warn approaching vessels and the installations protection of the risk of collision and prevent it where possible.”

Agreed, there are policies used by companies to protect against rogue vessels approaching installations. Then again, when the so called rogue vessel is identified and called up on the VHF, and there is no response, how late does an ERRV leave it until the appropriate evacuation notice is transmitted to the installation?

For example a vessel on a collision course to an installation, not responding to radio transmissions and travelling at a speed of 17 knots, there is not a lot of time:-

As you can see, the times for evacuation are limited.

So what do we do? It’s obvious:

It is important therefore to adopt preventative measures on the assessment information and evaluation of the situation. If it becomes necessary then the following may be some of the actions taken:-

It is vital therefore that these measures are decided on and implemented now.

We must establish the principles to identify the importance of selecting and providing preventative measures and then the provision of interventions that for sure are likely to be successful and effective for keeping us all safe.