Among the courageous women in trucking stands Ice Road Trucker Lisa Kelly is an American trucker who has been featured on the History channel reality television series Ice Road Truckers and its spinoff series IRT: Deadliest Roads. From Seasons 3–5 and 7-9, Ice Road Truckers has followed Kelly and her fellow drivers as they make their way along the icy Dalton Highway from Fairbanks to Prudhoe Bay, frequently hauling “oversized” loads. Kelly has also made appearances in Seasons 1–2 of IRT: Deadliest Roads. Kelly was notable as the only female trucker featured in the series until Maya Sieber joined in Season 5. Originally from Michigan, she now resides in Wasilla, Alaska. 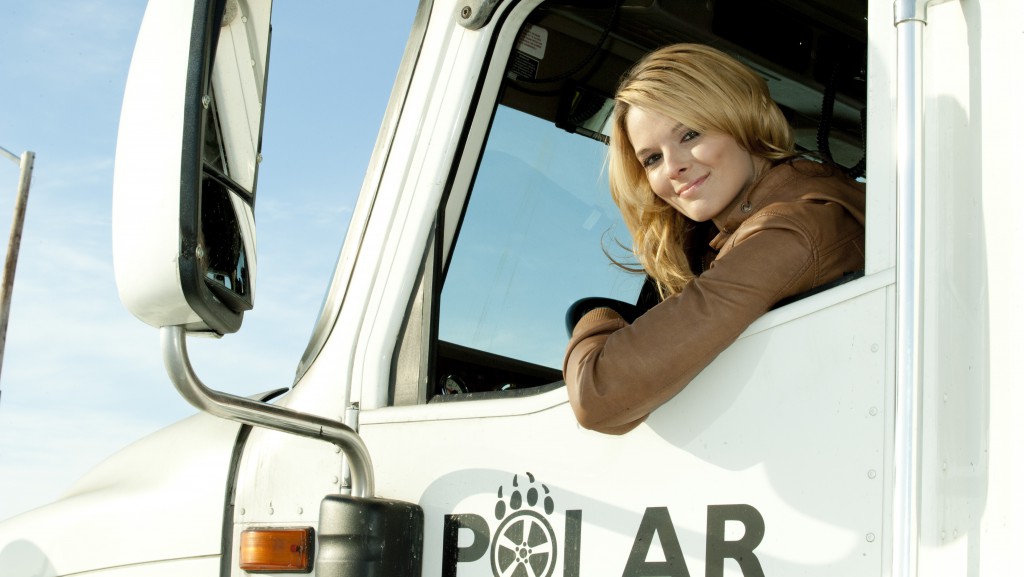 Prior to her appointment as an Ice Road Trucker, Kelly worked as a school bus driver and motocross rider. She also worked at gas stations, and a pizza company [5] and was a state freestyle motocross champion. After these ventures, she decided to settle on a long term-career and trained as a trucker because it ‘looked interesting’. She subsequently got a job driving for Carlile Transportation, an Alaskan haulage company. Being a woman, Kelly says this was a difficult achievement. “I had to work twice as hard. I had to pull my weight and everybody else’s and get the job done as fast, or faster”.

Kelly is one of the truckers for the History Channel’s Ice Road Truckers on the Alaskan Ice Road. She first appeared in season 3 (Seasons 1 and 2 had been set in Canada) in 2009, as the only woman. She subsequently took part in season 4 (in 2010) and season 5 and 7. She also took part in the History Channel’s Ice Road Truckers: Deadliest Roads along with Rick Yemm, Dave Redmon and Alex Debogorski trucking in the Himalayas in India; in a later season, she drove in Bolivia and Peru.

In 2008, Kelly married her husband Traves, after dating him for four years. He is full Aleut Native Alaskan and an avid dirtbiker. They currently have no children. Her hobbies include motocross, horse riding, skydiving, hang gliding andsnowboarding. She owns a miniature horse, named Rocky and a cat named Tanzi. Prior to the filming of Ice Road Truckers: Deadliest Roads in the Himalayas, Kelly had decided that she would find and carry around a puppy for the show.[15] On the show she named this puppy Rampur Jackson, and the dog’s feeding/watering on the road was primarily handled by hero Indian helper, Tashi. The dog was given away to one of the show’s producers upon completion of filming.

After proving herself for years in Alaska and then on the Canadian winter roads, thrill seeker Lisa Kelly is always looking for her next great adventure. With her friend Darrell Ward trying to jump-start his new company, joining forces with him is the perfect fit.