Today the FAA announced an innovative new FAA airline and airport surveillance and security program in partnership with NOAA, DoD, and DHS.  A team has been comprised of the Federal Aviation Administration (FAA), the Department of Defense (DoD), the Department of Homeland Security (DHS) and the National Oceanic and Atmospheric Administration (NOAA) received approval and approximately $71.5M from the OMB to proceed with an initiave to study the feasibility of making space on the radio spectrum open for auction.

Original article courtesy of the FAA News – Increasing demand for spectrum space due to technological innovations such as 4G mobile services and the rapid expansion of wireless internet services led to the Spectrum Pipeline Act of 2015. The act provides funds for federal agencies to perform research and development, engineering studies, planning activities and economic analysis that could potentially lead to a spectrum auction by 2024.

Prompted by the act, the FAA, DoD, DHS and NOAA formed a cross-agency team called the Spectrum Efficient National Surveillance Radar (SENSR). The SENSR team is now assessing the feasibility of making a minimum of 30 MHz of the 1300 to 1350 MHz band available for reallocation for non-federal use through updated surveillance technology.

The bandwidth would be vacated for auction by potentially consolidating existing surveillance radar used to track long-range aircraft, short-range aircraft and weather. The SENSR cross-agency team submitted a SENSR Pipeline Plan to a Technical Panel comprised of officials from OMB, the Federal Communications Commission (FCC) and the National Telecommunications and Information Administration (NTIA). The Technical Panel approved the plan and submitted it to Congress in January for a mandatory 60-day review. OMB provided funding to the SENSR cross-agency team following that review. The team members will use those funds for phase one of the feasibility study, which involves research and development, engineering studies, economic analysis and planning.

The team sought industry feedback on possible surveillance solutions through a Request for Information (RFI) issued in January and industry meetings. The cross-agency team is currently reviewing those responses and expects to conduct one-on-one meetings with vendors this summer. Results of this process will inform the next steps in the feasibility analysis. 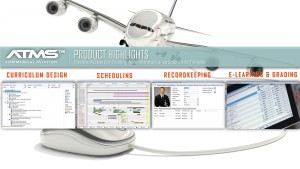